Finding Your Why Helps You Find Your Way 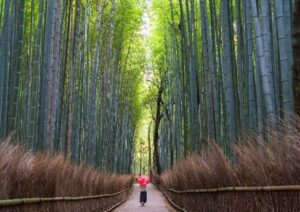 Sports award shows may not be your thing, but you’d likely feel differently if you were basing your opinion on what ESPN calls their “single greatest moment ever.”  If you’d been there at their first ESPY awards, you would have called it “unforgettable” – especially hearing one of the most inspiring speeches ever given when Jimmy Valvano shared his game plan for not losing sight of what life is really about.

His personal experience had given him a lot of credibility on the topic.  Even more so as the audience saw him nearly being carried up the stairs to the stage, too weak from cancer to move on his own power.  When he finally got a firm grip on the podium to steady himself, he wasted no time in speaking straight from the heart with all the energy he had, delivering without cue cards, and with no regard for the time-keeper who kept flashing him the “30-seconds” signal. 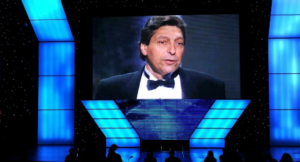 “To me,” he enthusiastically said, “There are three things we should all do every day of our life … You should laugh … You should spend some time in thought … You should have your emotions moved to tears, could be happiness or joy … If you laugh, think, and cry … that’s a heckuva day.  You do that for seven days a week – you’re going to have something special.”

Jimmy knew, because he had something special.  For most of his forty-seven years, he had lived his life on purpose and found incredible success doing so.  This included leading his NCSU men’s basketball team to the 1983 national championship game and winning in the biggest Cinderella story of the century.

Jimmy had always set clear intentions to focus himself and was committed to honoring them until his last breath – which sadly, came only weeks later.  His concluding statement that night became the capstone of his life, his final intention, spoken boldly for the whole world to witness.

“Cancer can take away all my physical abilities,” he declared. “But it cannot touch my mind.  It cannot touch my heart.  And it cannot touch my soul … Those three things are going to carry on forever.”  At this bold declaration, the entire arena came to their feet.  Their thunderous applause seemed to hold Jimmy V up as he made his way out of the stadium, all the while leaning heavily on his helpers. 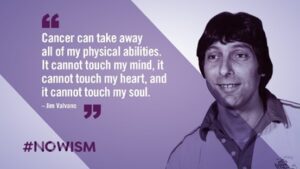 In the ensuing years, this statement proved to be prophetic.  Not just in the $250 million raised by his “don’t ever give up” cancer research foundation over the years.  But more importantly, in the ever-expanding circle of influence that his purposeful life created.  Jimmy Valvano had been an ordinary guy who became an extraordinary leader through the power of purpose.

Purpose can help you create your own extraordinary legacy as well – and it all starts with just one question.  It is the same question Hubert Joly asked himself when he took over as CEO of Best Buy in 2012, right after the stock price had plummeted, sales and profits were lower than they’d been in decades, and the investment community had predicted its demise.  Traditional wisdom suggested then that he should slash wages and costs to jack up profitability, but before he focused on problem-solving, he stopped to ask himself the question that changed everything, “What is my true purpose here as a leader?” 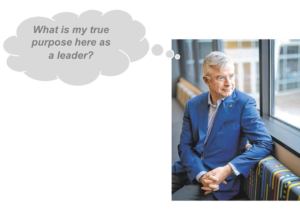 The more he thought about it, the more he knew that he was there to make a positive difference for people, to help them find their individual purpose, and use their strengths to make a difference for the world.  His belief was that this would solve their profit problems.

For the next three years, he focused his best attention on creating a joyous, growth-oriented culture, and helping people feel a sense of belonging and clear purpose.  His people then did just as he predicted: they re-built the business with energy and enthusiasm.  These efforts resulted in five straight years of sales growth, the doubling of online sales, and an increased shareholder return of 263%.  It was one of the most stunning turnaround stories of the decade.

The truth is simple:  when you find your why, you’ll find your way!  When your people find their why, they’ll find a way to do what is needed to help create joyful success. 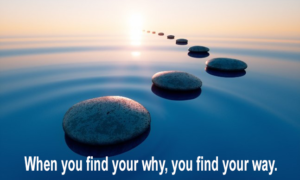 So, before you get too busy with your next task, stop and ask yourself, “What is my deeper why – my most important purpose?”  And “How can I better help others find their purpose?”  Answering these questions will open doors you may never have believed possible.

So, before you get too busy with your next task, stop and ask yourself, “What is my deeper why – my most important purpose?”  And “How can I better help others find their purpose?”  Answering these questions will open doors you may never have believed possible.

This article has been written by DeAnna Murphy – the Chief Knowledge Officer for Thrivin and principal author of Shift Up! Strengths Strategies for Optimal Living and Choose to See You – in collaboration with Dr. Steve Jeffs.  DeAnna and Steve are both Top 100 Global Coaching Leaders who have provided keynotes and leadership development experiences to leaders and teams in 58 countries.